To share your memory on the wall of Betty Eaves, sign in using one of the following options:

Print
Betty Eaves, 72 of Patton, MO, went to her heavenly rest on Monday, April 19, 2021 from her home in Patton, surrounded by her loving family.

She was born on November 12, 1948 in Wichita Falls, Texas; daughter of Jesse and Goldie (Seay)... Read More
Betty Eaves, 72 of Patton, MO, went to her heavenly rest on Monday, April 19, 2021 from her home in Patton, surrounded by her loving family.

She was born on November 12, 1948 in Wichita Falls, Texas; daughter of Jesse and Goldie (Seay) Hodges. She and Charles Eaves Sr. were united in marriage on April 14, 1967 and he proceeded her in death.

She was preceded in death by her parents Jesse and Goldie, her husband Charles Sr, and three brothers.

A celebration of life will be held at a later date.

The arrangements were under the care of Liley Funeral Homes in Marble Hill.
Read Less

To send flowers to the family or plant a tree in memory of Betty Eaves (Hodges), please visit our Heartfelt Sympathies Store.

Receive notifications about information and event scheduling for Betty

There are no events scheduled. You can still show your support by sending flowers directly to the family, or planting a memorial tree in memory of Betty Eaves (Hodges).
Visit the Heartfelt Sympathies Store

We encourage you to share your most beloved memories of Betty here, so that the family and other loved ones can always see it. You can upload cherished photographs, or share your favorite stories, and can even comment on those shared by others.

Love: Kerri,Brett & the boys sent flowers to the family of Betty Eaves (Hodges).
Show you care by sending flowers

Posted Apr 26, 2021 at 11:16am
I’m so sorry for your loss!!! I loved Betty and loved working with her at Kroger she helped me get through one of my toughest times in life!! She will be greatly missed !!! Fy high Betty
Comment Share
Share via:
LB 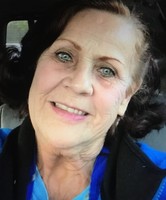