To share your memory on the wall of Bobby Abernathy, sign in using one of the following options:

He was born on October 25, 1932, in Crosstown, Missouri, to Edward and Mary (Cox) Abernathy, the youngest of eight children. He and Fredi Garr... Read More
Bobby Gene Abernathy of Perryville died Sunday, January 31, 2021, peacefully at his home.

Bobby worked for Moldenhauer Alfalfa Mill in Menfro, MO for more than 30 years before crossing the railroad tracks to work at MFA until his retirement. He was a homebody and was the most content when sitting in his recliner visiting with family and friends. He was always willing to help others and never met a stranger. He will be best remembered for his kindness, sense of humor, and his ability to reassure and comfort others during hard times.

Bobby is survived by one son, Steven Abernathy, of Perryville and one daughter, Daisy (Daniel) Vance, of Jefferson City; two granddaughters, Rachel (Josh) Sparlin of Mission, Kansas, and Natalie Vance of Columbia, Missouri, and two great-grandchildren, Jace and Coraline Sparlin.

Funeral services will be private for the family. Arrangements were made by Liley Funeral Home in Marble Hill, Missouri.

Memorial contributions may be made to Pleasant Grove Baptist Church or Crown Hospice.
Read Less

To send flowers to the family or plant a tree in memory of Bobby Gene Abernathy, please visit our Heartfelt Sympathies Store.

Receive notifications about information and event scheduling for Bobby

There are no events scheduled. You can still show your support by sending flowers directly to the family, or planting a memorial tree in memory of Bobby Gene Abernathy.
Visit the Heartfelt Sympathies Store

We encourage you to share your most beloved memories of Bobby here, so that the family and other loved ones can always see it. You can upload cherished photographs, or share your favorite stories, and can even comment on those shared by others. 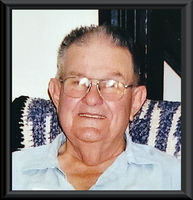