To share your memory on the wall of Cletus Angle, sign in using one of the following options:

He was proceeded in death by his parents, two brothers, Clyde and Lindell Angle, and a son-in-law Russell Hall.

To honor his wishes, he will be cremated with no services.

Arrangements were under the care of Liley Cremation Services in Cape Girardeau.
Read Less

To send flowers to the family or plant a tree in memory of Cletus David Angle, please visit our Heartfelt Sympathies Store.

Receive notifications about information and event scheduling for Cletus

There are no events scheduled. You can still show your support by sending flowers directly to the family, or planting a memorial tree in memory of Cletus David Angle.
Visit the Heartfelt Sympathies Store

We encourage you to share your most beloved memories of Cletus here, so that the family and other loved ones can always see it. You can upload cherished photographs, or share your favorite stories, and can even comment on those shared by others.

Posted May 14, 2021 at 11:30am
I had the honor of working with Cletus at the old Coke plant when it was located in uptown Jackson. He was a route driver and I was one of the truck loaders. Always a friendly guy with a great attitude with everyone. I looked up to him! Later when I got into the restaurant business, he and his wonderful bride, Lula, would frequent the restaurant. They both seemed like the perfect match - always friendly and always smiling! A rare find! I will miss you my friend! My condolences to Lula and the rest of the Angle family.
Comment Share
Share via: 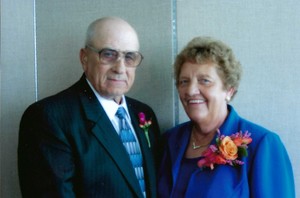