To share your memory on the wall of David Stewart , sign in using one of the following options:

David had many careers throughout his life, but had a special love for teaching and writing. He was a professor at the University of North Carolina at Chapel Hill, and also Southeast Missouri State University in Cape Girardeau, MO. David studied theology and English and held degrees in math, physics, and a Ph.D. in geophysics, and was a well-respected seismologist and scientist. For many years he was known as the foremost expert regarding the New Madrid fault, and authored and co-authored several books on earthquakes. David was a childbirth educator with the Bradley Method, a statistician in the field of childbirth, and co-authored several books on natural childbirth and midwifery, one of which won the “Books of the Year Award” in the American Journal of Nursing. Together David and Lee founded NAPSAC International (The International Association of Parents and Professionals for Safe Alternatives in Childbirth). David was also a retired United Methodist pastor. Over the last twenty years, David expressed his love for teaching through essential oils and aromatherapy, a field in which he became well known and respected for his publications, knowledge, and seminars. He was beloved by many whom he touched as a mentor and friend, and may be most well known for his books Healing Oils of the Bible and Chemistry of Essential Oils Made Simple: God’s Love Manifest in Molecules. In 2001 David and Lee founded CARE International (Center for Aromatherapy Research and Education). Many years later they together reached the coveted rank of Diamond with Young Living Essential Oils. Countless lives have been touched by David and his many works.

Preceding him in death were his wife Lee and his parents.

Funeral Services will be Saturday, October 17, 2020 from 11:00 AM to 12:00 PM at the Marble Hill United Methodist Church with the Rev. Tim Zysch officiating. Burial will follow in the Baker Cemetery near Marble Hill, MO.
Read Less

To send flowers to the family or plant a tree in memory of David Mack Stewart , please visit our Heartfelt Sympathies Store.

Receive notifications about information and event scheduling for David

We encourage you to share your most beloved memories of David here, so that the family and other loved ones can always see it. You can upload cherished photographs, or share your favorite stories, and can even comment on those shared by others.

Posted Oct 13, 2020 at 11:14pm
With loving memories of "David Stewart", The Man of God. His love & legacy will live on forever. Please accept our deepest condolences to your lost.

5 trees were planted in the memory of David Stewart

Flowers were purchased for the family of David Stewart . Send Flowers

Posted Oct 16, 2020 at 11:23am
Dear Keith, Anthony, and Lora Lee, we are so sorry for your loss. David was a wonderful man. We will miss him. Our thoughts are with you at this time.

Posted Oct 15, 2020 at 07:51am
The depths of his steadiness root us in a foundation of success toward our global mission. In grateful remembrance~ 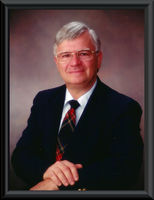