To share your memory on the wall of Donald Rouggly, sign in using one of the following options:

He was born March 1st, 1931 in French Villiage MO; son of Roscoe and Myrtle (Carrow) Rouggly. He and Wilma Gaines were united in marriage on January 1st, 1955.

Donald worked for Proctor and Gamble as a Quality Checker until he retired and of the General Baptist Faith. He was a member of Palmore Chapel.

He was preceded in death by his parents, one sister Anabel Brown and two brothers Raymond and Richard Rouggly.

Graveside Services will be held at the Dan Eaker Cemetery in Grassy on Wednesday, November 11, 2020 at 1:00 PM with Brother Steve Sanders officiating.
Read Less

To send flowers to the family or plant a tree in memory of Donald Lee Rouggly, please visit our Heartfelt Sympathies Store.

Receive notifications about information and event scheduling for Donald

We encourage you to share your most beloved memories of Donald here, so that the family and other loved ones can always see it. You can upload cherished photographs, or share your favorite stories, and can even comment on those shared by others.

Wayne Givens and Kelly Taylor sent flowers to the family of Donald Lee Rouggly.
Show you care by sending flowers 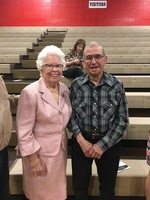 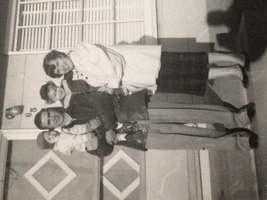