To share your memory on the wall of Gary Summers, sign in using one of the following options:

Print
Gary Lee Summers, 59 of Bernie, MO passed away on October 24, 2020, at Southeast Hospital in Cape Girardeau, after a valiant battle with COVID-19.

He was born July 10, 1961, to Robert Lee Summers and Frances Pauline Summers, both of Bern... Read More
Gary Lee Summers, 59 of Bernie, MO passed away on October 24, 2020, at Southeast Hospital in Cape Girardeau, after a valiant battle with COVID-19.

He was born July 10, 1961, to Robert Lee Summers and Frances Pauline Summers, both of Bernie, MO. He and Debra Deanne Stoops were united in marriage on July 25, 2018, although they have been a couple for over two decades.

Gary worked in the auto industry for over 30 years owning his auto body shop and working for others at times, most notably known for his frame repair skills and the gift of gab. He then entered the trucking business as an owner-operator. He drove over-the-road until his health wouldn’t allow it. During his life, he redesigned and built his own frame machine which improved his craft, helped other budding entrepreneurs, employed several people, and often found himself trying new things.

He loved to make something work that didn't previously, make people laugh, drive fast, and eat slow. He helped people everywhere he went and never missed an opportunity to tell his kids he loves them.

If you think of him and want to honor his memory, do this:
1) If you smoke - quit.
2) Call someone just to say you love them.
3) Stop at all lemonade stands (or online shops, these days) ran by kids and rave about their products and encourage their courageous spirits.
4) Learn a joke and tell it!
5) Take in the night sky and just wonder for a while.
6) Be considerate of others and wear a mask if you are able.

Due to COVID-19, Graveside services will be held at a later date at Bernie Memorial Cemetery with his daughter, Sarah Summers, and son, Christopher Summers, officiating.

In lieu of flowers, the family requests photos and memories you may want to share of Gary's life - Email Sarah Summers at sarah@hellomagenta.com or mail to 226 Albert St, Cape Girardeau, MO 63703.

Charitable donations may be made in remembrance of Gary Summers to 18ForeLife.com.
Read Less

To send flowers to the family or plant a tree in memory of Gary Lee Summers, please visit our Heartfelt Sympathies Store.

Receive notifications about information and event scheduling for Gary

There are no events scheduled. You can still show your support by sending flowers directly to the family, or planting a memorial tree in memory of Gary Lee Summers.
Visit the Heartfelt Sympathies Store

We encourage you to share your most beloved memories of Gary here, so that the family and other loved ones can always see it. You can upload cherished photographs, or share your favorite stories, and can even comment on those shared by others. 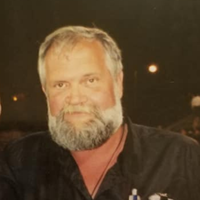