To share your memory on the wall of Johanna Schumer, sign in using one of the following options:

She was born September 30th, 1934 in Bodenheim, Germany; the daughter of Franz Josef Krempel and Catharina (Nickel) Krempel. She and Melbourne Shumer were united in marriage on March 10, 1965 in Darmstadt, Germany. Melbourne preceded her in death on June 19 2003.

Johanna retired from Perry County Memorial Hospital as an EMT / CNA and was a member of the Heartland Baptist Church in Perryville. Johanna grew up in war torn Germany. As non sympathizers of the Nazi party she and her mother suffered many hardships. She would tell her friends of these things almost as if to remind us how blessed we are in this country. Then with a smile she would recall the American soldiers that came into her home town at end of war and shared their military rations. The kindness and generosity of those American soldiers was never forgotten. Johanna paid back so many with her kindness and generosity. She cherished her American citizenship and was thankful she could live and worship in this country.

Survivors include one son Michael Pirow of Heidenheim, Germany; one granddaughter Caroline Pirow; friends and neighbors Eugene and Norma Pratt of Perryville and her pet Princess Leah .

A Celebration of life will be held at a later date.

Liley Funeral Homes in Marble Hill was in charge of the arrangements.
Read Less

To send flowers to the family or plant a tree in memory of Johanna Katharina Schumer, please visit our Heartfelt Sympathies Store.

Receive notifications about information and event scheduling for Johanna

There are no events scheduled. You can still show your support by sending flowers directly to the family, or planting a memorial tree in memory of Johanna Katharina Schumer.
Visit the Heartfelt Sympathies Store

We encourage you to share your most beloved memories of Johanna here, so that the family and other loved ones can always see it. You can upload cherished photographs, or share your favorite stories, and can even comment on those shared by others. 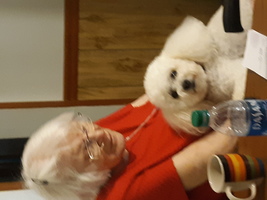 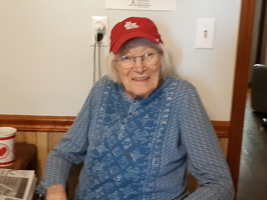 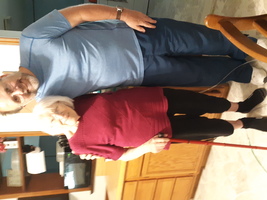