To share your memory on the wall of John Pfefferkorn, sign in using one of the following options:

John served in the United States Navy aboard the ammunition carrier, The USS Kilaue, from April, 1971 thru April, 1973. Upon returning to the States, he began his 20 year career with the Burlington Northern Railroad. In 1990, John and his wife, Brenda, opened Tendercare Playhouse Preschool Center. For the next 23 years he was known as “Mr. John” to children and parents alike.

He and his wife retired in May, 2013. They spent the next years traveling and enjoying life to the fullest. National Parks out West and the white sand beaches of Destin, Florida were among his favorite destinations. His hobbies included working in his beautiful yard and garden, doing projects in his workshop, and riding his Harley cross country.

Hospice of Southeast Health stepped in for the last several months of John’s life. A special thank you goes out to Vicki Schnurbush, Vicki Hyslop, and his favorite nurse, “Johnny Hospice Super Hero.” They provided round-the-clock support, knowledge, truthfulness, compassion, and the tools to continue living his best life instead of waiting to die.

Per John’s request, he will be cremated and a private family service will be held at a later date.

Arrangements were under the care of Liley Cremation Services in Cape Girardeau.
Read Less

To send flowers to the family or plant a tree in memory of John Pfefferkorn, please visit our Heartfelt Sympathies Store.

Receive notifications about information and event scheduling for John

There are no events scheduled. You can still show your support by sending flowers directly to the family, or planting a memorial tree in memory of John Pfefferkorn.
Visit the Heartfelt Sympathies Store

We encourage you to share your most beloved memories of John here, so that the family and other loved ones can always see it. You can upload cherished photographs, or share your favorite stories, and can even comment on those shared by others.

Burgin Family sent flowers to the family of John Pfefferkorn.
Show you care by sending flowers

I will forever remember your big heart, your endless amount of patience, and your selflessness. I always thought of you as a "bonus" grandparent. You took me under your wing and treated me as one of your own. I think so highly of you and will forever respect you. I have many memories with you from Tendercare and I wish that you could've met my two little rascals and help mold them into amazing human beings like you did me and many other kids. It is because of Tendercare that I knew I wanted to have a career working with kids. You have impacted my life tremendously and for that I am forever grateful! Instead of a goodbye, I'll simply say see you later ❤ Rest easy Mr. John
Comment Share
Share via:
CN

Posted May 08, 2021 at 11:13am
So many memories come to mind when I think of John. He was more of a father than father-in-law. We’ve spent many afternoons doing small projects around his house together. From cutting trees down and making a bonfire to riding around the neighborhood on the golf cart. The Smile he would have while on the balcony in Destin or the excitement he expressed while seeing a pod of dolphins on the sea blaster created happiness for everyone around him. I’ve mourned his loss but have to be grateful I’ve been blessed with such an amazing person to be in my life. He was my best friend and I will always carry his memories with me. 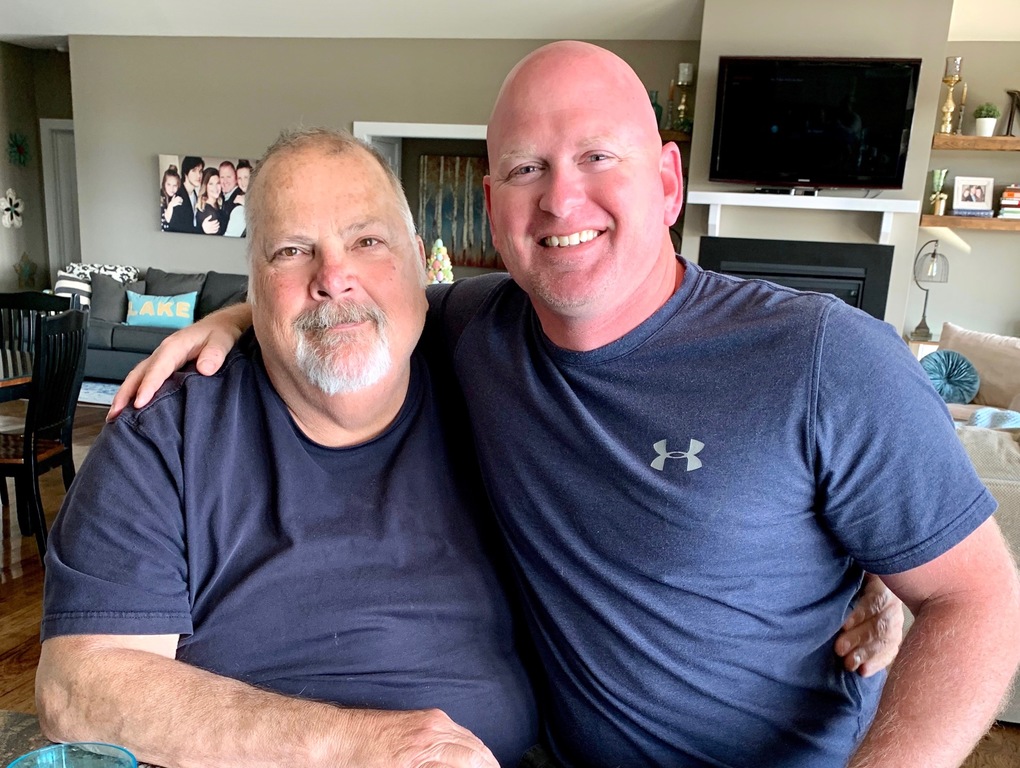 Posted May 08, 2021 at 02:24am
I love my Papaw. He would always take me for rides in his red Jeep to Buchheits to get bags of candy. We watched movies together and snuggled in his favorite recliner. He tied the best tight knots in the tire swing so I could climb and swing so high. We would have “coffee” together in the morning on the bird patio after sleep overs. We ate lots of popsicles together on the Beach Club patio while we watched sunsets. He always told me I love you and I know he meant it because he would always kiss me and give me the biggest hugs. He gave me a lot of money for Christmas and I used it to buy my horse’s saddle. He was so happy I got a horse because he said he always dreamed of getting a horse when he was a little boy and never did. He said I was a very lucky girl. His funny voice always made me laugh. I wish he was still here with me right now because I will miss him so much but I know he is in heaven with Jesus taking good care of our dog, Jack. I can’t wait to see him again in heaven. Love, Alise 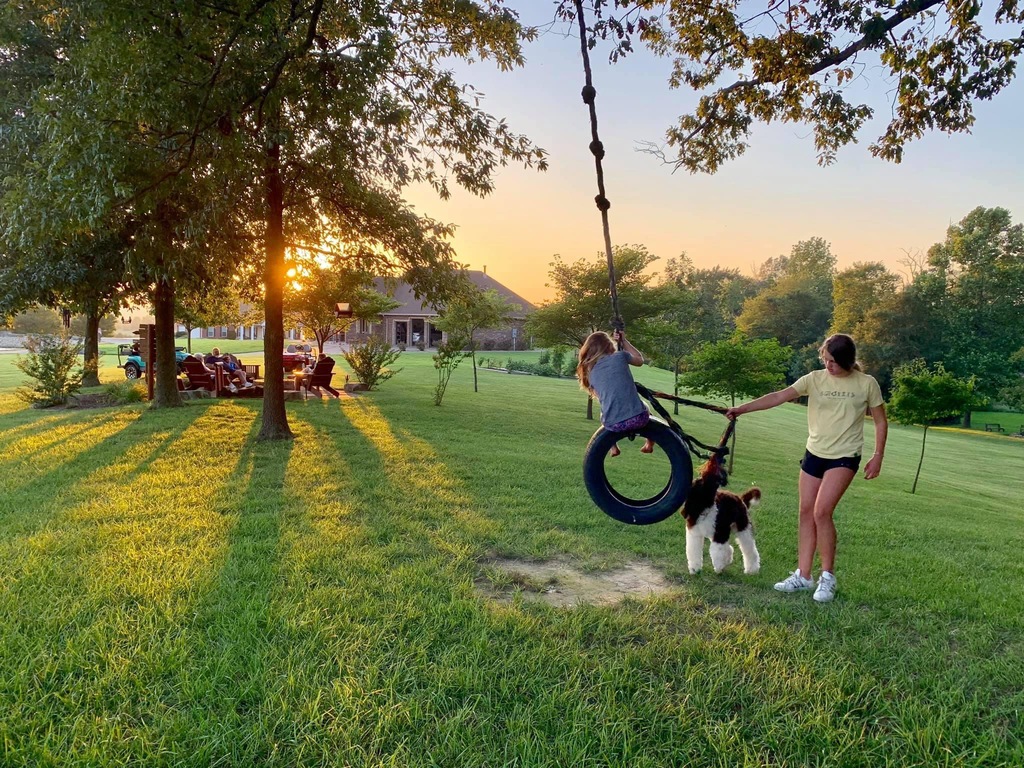 Posted May 07, 2021 at 11:26pm
I will miss the the fun family times we had. I always felt like John and I shared a certain outlaw kinship. We both appreciated the closeness the brothers and sisters shared, and could enjoy watching the crazy fun as well as participating. His dry sense of humor was the best. Please know Brenda, you and your family are in my thoughts and prayers. Love you. Rest In Peace John🙏
Comment Share
Share via:
KP

Posted May 07, 2021 at 09:56pm
I will always remember the time we spent in Jackson, some of my happiest childhood memories. I especially loved spending the night in the treehouse Uncle John built. He was always so kind to me, always had a smile and something nice to say. I loved his love of gardening and keeping everything in perfect order. He taught my dad a lot about growing the most delicious tomatoes. 50 years of marriage! What a beautiful example of love and devotion! Johnny, Josh and Jamie, you and Aunt Brenda are in my prayers. I’m glad Uncle John got to travel and spend time with his grandkids. I’m sorry for your loss and pray for your peace and comfort during this difficult time.
Comment Share
Share via: 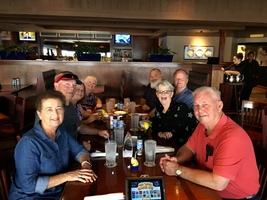 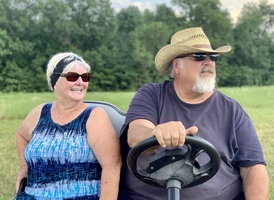