To share your memory on the wall of Leo Broshuis, sign in using one of the following options:

Print
Leo Garrett Broshuis, 91, of Leopold, MO., went to be with the Lord on Friday, October 23, 2020 at the Southeast Missouri Hospital.

He was born December 29, 1928 in Lutesville, MO son of Henry A. and Katie Bauer Broshuis. He and Agnes ... Read More
Leo Garrett Broshuis, 91, of Leopold, MO., went to be with the Lord on Friday, October 23, 2020 at the Southeast Missouri Hospital.

He was born December 29, 1928 in Lutesville, MO son of Henry A. and Katie Bauer Broshuis. He and Agnes Louise Jansen were united in marriage on April 15, 1950.

Leo worked in construction all of his life and worked until retirement for the Leopold School district in the Maintenance Department and as a School Bus Driver. He was a member of the Knights of Columbus #5898 and the St. John’s Catholic Church.

Funeral Mass will be Wednesday, October 28, 2020 at 10:00 AM at the St. John’s Catholic Church with Father David Coon officiating. Burial will follow in the Church Cemetery in Leopold.
Read Less

To send flowers to the family or plant a tree in memory of Leo Garrett Broshuis, please visit our Heartfelt Sympathies Store.

Receive notifications about information and event scheduling for Leo

We encourage you to share your most beloved memories of Leo here, so that the family and other loved ones can always see it. You can upload cherished photographs, or share your favorite stories, and can even comment on those shared by others.

Joe and Lou Ann and Matt, Colleen, Megan and Will Retz sent flowers to the family of Leo Garrett Broshuis.
Show you care by sending flowers

Posted Oct 27, 2020 at 01:54pm
Our sincere condolences from the Rhomberg Family and Employees of Nu Way

Flowers were purchased for the family of Leo Broshuis. Send Flowers

Posted Oct 27, 2020 at 01:51pm
In loving Memory to the loss of Leo Broshuis,
His Memories ~ Although the hardest part of losing someone is learning to live without them, Leo will never be forgotten in the hearts of those who knew him. The best things in Life are the People we Love…the Places we’ve been…and the Memories we’ve made along the way.

Eternal Life ~ Bible, Revelation 21:4, In heaven, "He will wipe away every tear from their eyes, and death shall be no more, neither shall there be mourning, nor crying, nor pain anymore, for the former things have passed away.”

In Conclusion ~ Life brings tears, smiles and memories…the tears dry, the smile fade, but the memories of Leo will always be remembered.

Posted Oct 26, 2020 at 09:09pm
As a student working during the summers at the school, Leo was one of the best supervisors we could of had. A hard working role model for us all.

Matt, Colleen, Megan and Will Retz

Matt, Colleen, Megan and Will Retz purchased flowers and planted a memorial tree for the family of Leo Broshuis. Send Flowers 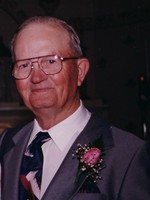