To share your memory on the wall of Milford Rhodes, sign in using one of the following options:

He was born July 03, 1947 in Glen Allen son of Glenn Rhodes and Clara Elizabeth (Rhodes) Rhodes. He an... Read More
Milford Edgar Rhodes, age 73, of Glen Allen, MO; passed away on January 17, 2021 at Southeast Missouri Hospital in Cape Girardeau, MO.

He was born July 03, 1947 in Glen Allen son of Glenn Rhodes and Clara Elizabeth (Rhodes) Rhodes. He and Brenda Keith were united in marriage on June 25th, 1966.

Mr. Rhodes was a retired Maintenance and Trackman for Missouri Pacific Railroad. He was a member of Glen Allen Baptist church. Anyone that knew Milford knew his family was his world. He enjoyed hunting and farming. He will be greatly missed.

He was preceded in death by his parents, aunt Marie Rhodes and one grandson Tyler Rhodes.

Visitation will be Wednesday January 20th, 2021 at Liley funeral home in Marble Hill from
4pm – 8pm and from 9am until time of service at 11am on Thursday. Funeral Service will be at 11am on Thursday January 21st, 2021 with Rev. Bob Bowen officiating. Interment will follow in the Glen Allen Cemetery.
Liley Funeral Home was in charge of the arrangements.
Read Less

To send flowers to the family or plant a tree in memory of Milford Edgar Rhodes, please visit our Heartfelt Sympathies Store.

Receive notifications about information and event scheduling for Milford

We encourage you to share your most beloved memories of Milford here, so that the family and other loved ones can always see it. You can upload cherished photographs, or share your favorite stories, and can even comment on those shared by others.

I am so sorry to hear of the passing of Milford. I have many fond memories of the great times I had with Keith family back in the day. Milford was a big part of that and was a great friend.

Posted Jan 20, 2021 at 08:04pm
My deepest sympathy to the Rhodes Family. I also worked in the Maintenance of Way as a Trackman.
I have worked with Milford a few times in my early years, 1974 - 1986, before going to the Tie Gang to work. Milford was a good man, and will be missed.
Comment Share
Share via:

Posted Jan 19, 2021 at 05:32am
Please accept our heartfelt condolences on your loss. Prayers for peace & comfort to your family - Greg & Kathy Kraemer
Comment Share
Share via: 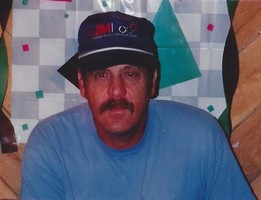