To share your memory on the wall of Patsey Groff, sign in using one of the following options:

She was born January 1, 1941 in New Madrid, MO. Daughter of Billy Lilly and Annie Butler. She and Eldon Groff were united in marriage and he preceded her in death.

She was proceeded in death by her husband Eldon and her parents.

To send flowers to the family or plant a tree in memory of Patsey Groff (Lilly), please visit our Heartfelt Sympathies Store.

Receive notifications about information and event scheduling for Patsey

We encourage you to share your most beloved memories of Patsey here, so that the family and other loved ones can always see it. You can upload cherished photographs, or share your favorite stories, and can even comment on those shared by others.

Posted Nov 20, 2020 at 10:02am
I'm so very sorry Markie,,Crissy,,Jerry n Family for the loss of a very special Mother~Grandma~Great Grandma~Sister!! She was a very Lady to alot of people,,Always Full of Spunk n Laughter. I'm going to miss her very much as well by others. Most of All I want to Thank you ALL very much for giving the Pleasure to help take care of Patsey~She became a big part of my life as well as others. RIP Patsey 🙏🙏 Until we meet again Love n Miss you Dearly 🌹 Tandee Moore
Comment Share
Share via: 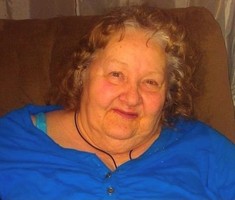