To share your memory on the wall of Ruth Dobbs, sign in using one of the following options:

She was born October 06, 1950 in Glen Allen, MO daughter of Alfred and Susan Alexander (Butler) Wagner. She and Donald Do... Read More
Ruth Dobbs, 70, of Puxico, MO passed away on Sunday, November 29th, 2020 at Poplar Bluff Regional Medical Center.

She was born October 06, 1950 in Glen Allen, MO daughter of Alfred and Susan Alexander (Butler) Wagner. She and Donald Dobbs were united in marriage on October 6th, 1978 and he preceded her in death on February 09, 2008.

Graveside Services will be at 11:30AM on Saturday, December 5th, 2020 at Hurricane Fork Cemetery in Marble Hill, MO with Rev. Steve Sanders officiating.
Read Less

To send flowers to the family or plant a tree in memory of Ruth Dobbs, please visit our Heartfelt Sympathies Store.

Receive notifications about information and event scheduling for Ruth

There are no events scheduled. You can still show your support by sending flowers directly to the family, or planting a memorial tree in memory of Ruth Dobbs.
Visit the Heartfelt Sympathies Store

We encourage you to share your most beloved memories of Ruth here, so that the family and other loved ones can always see it. You can upload cherished photographs, or share your favorite stories, and can even comment on those shared by others. 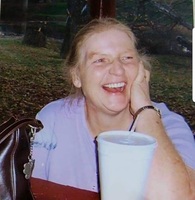