To share your memory on the wall of Sara Borgerson, sign in using one of the following options:

Sally grew up on the family farm in Saline County, and ... Read More
Sara "Sally" (Thompson) Borgerson, 74, of Jefferson County died on May 3, 2021. Born November 16, 1946 in Marshall, she was the daughter of the late Joe and Betty (Carter) Thompson.

Sally grew up on the family farm in Saline County, and unique for a country girl at the time but characteristic of her trademark independence, after earning a bachelor's in education from the University of Missouri in 1968 she self-financed a master's in French literature from the Sorbonne University in Paris in 1972 and later earned another master’s in Spanish,
from St. Louis University and the Universidad Iberoamericana in Mexico
City in 2005.

Teaching was Sally's life calling. She taught French and Spanish for 48 years at St. Pius High
School, DeSoto High School, and Jefferson County Community College in Hillsboro, where she also served as the Associate Dean of Arts and Sciences.

She received many accolades for mastering her craft including the Missouri Governor's Award for Excellence in Teaching, but she will be most remembered as that teacher who cared deeply about helping her students reach their potential. A gifted ambassador who organized ethnic festivals, hosted exchange students and advised historical societies, she was passionate about how foreign languages could be a tool for cultural literacy.

Sally was also a dedicated volunteer whose leadership contributed to numerous nonprofits. She
was a fixture at Grace Presbyterian Church in Crystal City where she was a member for 43 years, most of them teaching in the Sunday School, serving as an Elder, and singing in the choir. She was also active in the PEO sisterhood, the Daughters of the American Revolution, and many veterans initiatives, including organizing the annual Jefferson County Veteran's Day dinner to honor local service members.

The lives she touched most profoundly however were those of her family. Sally was a daughter,
mother, wife, sister, cousin, niece, aunt, and a grandmother as well as a trusted friend. She was
the embodiment of grace in all of these relationships, personifying the heroines in the countless
books she read.

Sally was the kind of person who always put the other first. She wanted to know how YOU were
doing. Her quiet and humble demeanor could (sometimes) mask a fierce intellect and a determined spirit. Ever with an eye to detail, she was a consummate list maker with impeccable penmanship. Sally approached life with open mindedness, tolerance, and understanding. She enjoyed jazz and cooking, often together. She was a master bridge player. She beamed positivity and exuded class. Sally loved and was loved.

Sally is survived by two children, five grandchildren, and many friends and family who will forever be inspired by her selflessness.

Visitation will be held from 4-6PM on Friday, May 7 followed by a memorial service at 6PM at Grace Presbyterian Church in Crystal City. Liley Funeral Home in Marble Hill is Incharge of handling the arrangements.
Read Less

To send flowers to the family or plant a tree in memory of Sara "Sally" Borgerson (Thompson), please visit our Heartfelt Sympathies Store.

Receive notifications about information and event scheduling for Sara

We encourage you to share your most beloved memories of Sara here, so that the family and other loved ones can always see it. You can upload cherished photographs, or share your favorite stories, and can even comment on those shared by others.

Posted May 06, 2021 at 03:10pm
Scott, You and your family in our thoughts and prayers during this difficult time. Bill and Elizabeth Lehner

Flowers were purchased for the family of Sara Borgerson. Send Flowers

Posted May 05, 2021 at 10:25pm
Sally and I grew up together and had many wonderful times on the Thompson farm, at our church and at gatherings of our families. It's been years since I've seen her, but I know her exemplary life made a big impact on many people. My sympathies to all of her family members and friends
Comment Share
Share via:
CE

Posted May 05, 2021 at 10:54am
Sad to hear of your mother's passing. She had a large impact on me and her Jefferson College Family. With deepest sympathy.

Posted May 04, 2021 at 06:52pm
May you live forever in this tree. Your beautiful strength and light live on. Love...Angelia and John 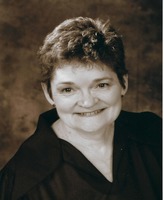